In that great tradition unique to jazz culture, our monthly jazz jam sessions invite musicians to play together or “jam” in a group improvisation session. A cherished addition to downtown nightlife, the sessions attract a wide audience of locals and tourists, and sometimes a few celebrities.

Every three to five years, the Alabama Jazz Hall of Fame welcomes new inductees in a grand ceremony. Inductees are nominated by the community and selected by a special committee. In December 2015 eight artists were inducted, including Birmingham native Marion Evans, who won a Grammy Award for his arrangement of the album Cheek to Cheek featuring Lady Gaga and Tony Bennett.

Spoken Word Open Mic: On Stage at The Carver

Every third Sunday we invite local poets and writers to perform their original, literary works before an audience “on stage at the Carver.” Last October marked the 12-year anniversary of this event, making it is the longest-running spoken word, open mic night in Birmingham.

This event gives up and coming local comedians the opportunity to hone their craft on stage for a live audience. Comedians receive instruction in professional comedy techniques, and promising participants are invited to perform as part of the Alabama Jazz Hall of Fame’s regular comedy series.

This one-day, outdoor jazz festival is held on the last Saturday of August in Birmingham’s historic Fourth Ave. District, known for being a bustling enclave for black businesses and culture during segregation. Launched in 2003 to celebrate the legacy of the neighborhood, the festival features local and international artists on a main stage, and a diverse selection of commercial booths and food vendors participate.

Fifteen years later, in collaboration with Urban Impact, Inc., the Fourth Avenue Merchants Association, and the City of Birmingham, this one-day festival has turned into a beloved community event, presented every summer at no cost to attendees.

As one of the main venues for the annual Sidewalk Film Festival, the Carver Theatre has welcomed many emerging, independent filmmakers in its history.

We are dedicated to giving underserved populations opportunities to see their stories on the big screen, and in March of 2017 we negotiated with Magnolia Pictures to screen the first run film I am Not Your Negro, about the unfinished work of James Baldwin. In a first- of-its-kind screening for the area, we ran the film for a month, and by the end of the run screenings were near sold-out.

We have also produced multicultural film festivals, including a tribute to the works of Harry Belafonte, who participated in a discussion with the audience after the screening of his 2011 documentary Sing Your Song. 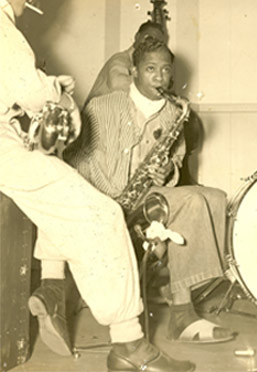